It was prepared by artistic groups of children and young people from Georgia, Ukraine, Buryatia and Kazakhstan. The Brave Kids “kids teach kids” workshops were led by Mary Sadowska, Tamar Chaduneli and Pasha Zandi between 22th of July till 30th of July in Caritas House, Didube, Tbilisi.

The Brave Kids artists prepared the scenario of their performance.

Kids are singing Ukrainian song about hospitality, family and friends. In Ukraine people usually sing this song when all family gathers at the same table.

Children usually play this game with their guests in Buryatia and Georgians entertain friends with incendiary playing.

Saltanat is also a festive Kazakhstan  dance, which is performed at solemn events.

It is Ukrainian national dance. It is notable for its stunning jumps and tricks.The acrobatic aspect of the Hopak has been amped up and performed by male soloists, executing high leaps, turns, and split jumps as the top of the performance. The dance overall has come to be known as a continuous presentation of energy and celebration. 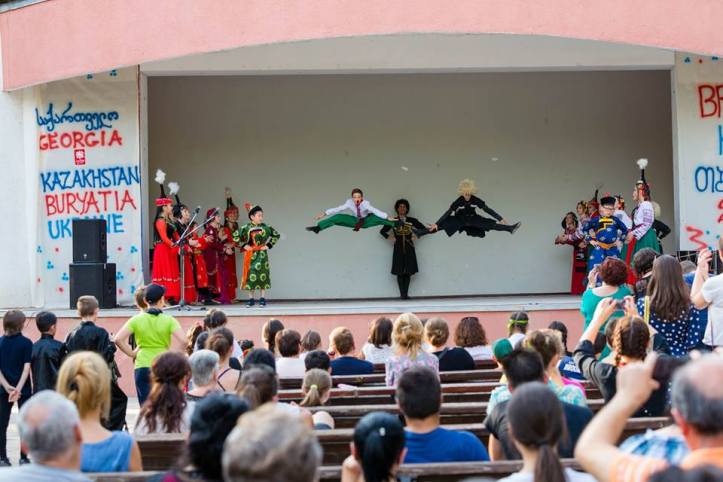 This is a national Buriatian dance.

It is necessary to dance in a circle because it rally people. Also during this dance all perform the same movements and sing song. 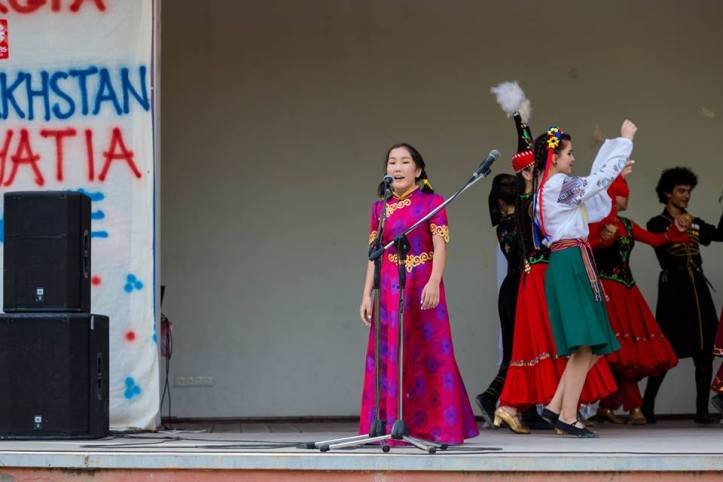 It is the Georgian traditional dance of three women. From Georgian language “sami” means  three.

Today’s Samaia is a representation of King Tamar and her glory. King Tamar in many sources is mentioned as a Queen of Georgia.

Kara Zhorga is one of the Kazakh national dances, which is distinguished by its rhythm and it raises people’s mood. This dance was usually performed on traditional festivals. 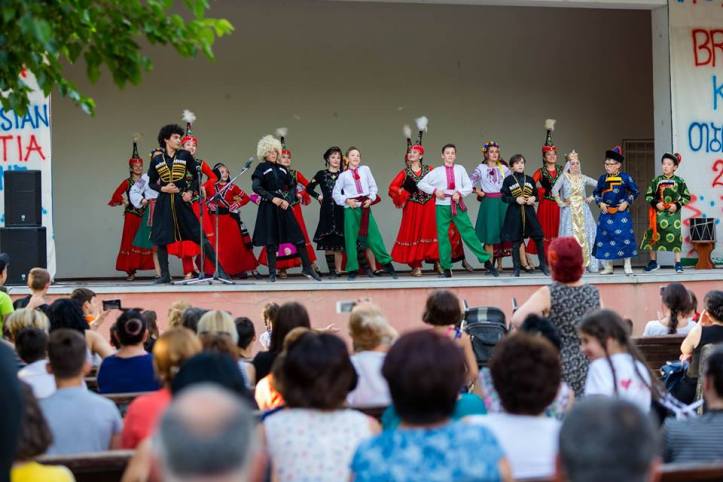 It is a Kazakh song about freedom and motivation to reach your goals. It’s said that you can’t give up, you have to find power in yourself

Traditional dance in Georgia. It has powerful atmosphere which makes everyone feel happy. Mtiuluri is also a mountain dance. It is more like a celebration of skill and art. At first, groups compete in performing complicated movements. Then, we see the girl’s dance, which is followed by an individual dancer’s performance of amazing “tricks” on their knees and toes. At the end, everyone dances a beautiful final. 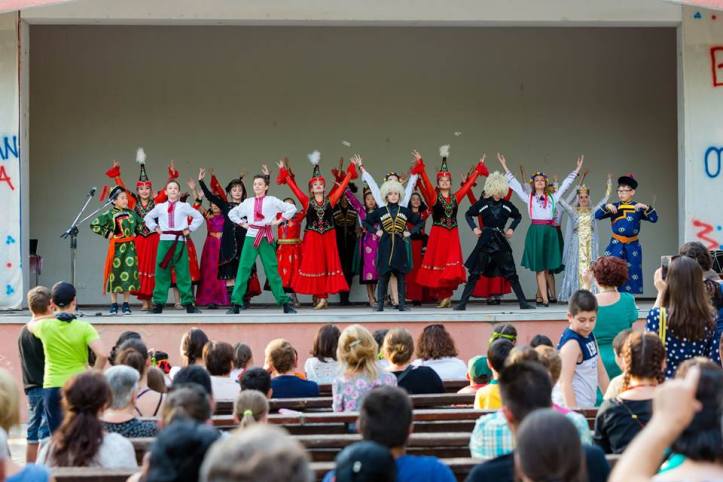