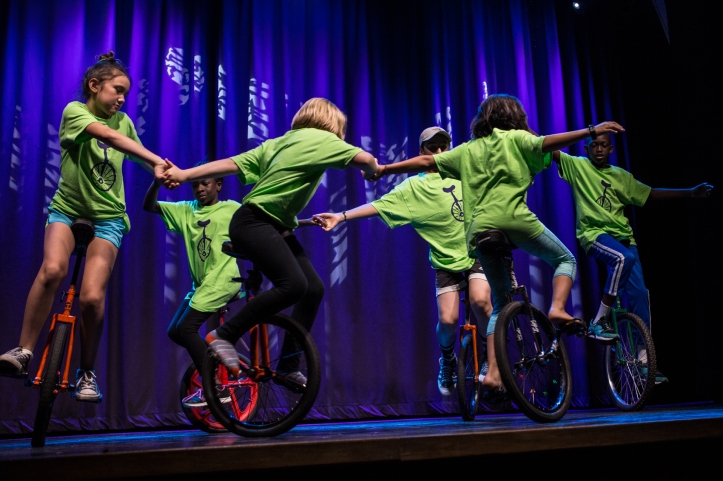 The opening scene shows the Brave Kids greeting one another using clowning techniques introduced by the CircEsteem (USA) group.

The Orotu dance symbolizes happiness and is usually done during the time of harvest.

The boys present the Mtiuluri, a dance from the east of Georgia, while girls cheer them on.

A song taught to Brave Kids by the CircEsteem (USA) group.

A mixed scene of body drumming and circus skills with music from the Kenyan group.

A Belgian dance that Brave Kids volunteers taught to kids during free time.

A mixture of excerpts of the Acharuli from northern Georgia and Acrobatics.

A new take on the classic “red light, green light”  game with the addition of marimba.

A Kenyan song about going on a journey.

A mix of acrobatic skills from all the Brave Kids.

A longer excerpt of the Acharuli featuring the group from Caritas-Georgia.

More clowning humor from the Brave Kids. See what happens when a new kid joins them!

Another dance the Kenyan group uses to warm up before training.

Brave Kids have an opportunity to showcase their individual skills in couples.

A reprise of the first scene with a special ending.